What are penalty points ?

What are the most common offences that are endorsable ?

How do the court decide how many points to impose ?

How many penalty points can you get before you are  disqualified from driving ?

If you get 12 or more points within a 3 year period you will be liable to a penalty points/totting up disqualification for a minimum period of 6 months.

Which offences are relevant to calculate the total number of  points ?

Any offences committed within 3 years of each other are relevant for totting purposes. It is the date of the offence that is used to calculate the 3 year period.

What will happen if you are a totter ?

You will be required to attend court because you will be facing a disqualification for a minimum period of 6 months.

What happens if you do  not attend court ?

The court may issue a warrant for your arrest and they could disqualify you in your absence.

Can the court disqualify you for longer than 6 months ?

How can you avoid a penalty point/totting up disqualification ?

By satisfying the court that there are grounds for mitigating the normal consequences of the conviction.

What would amount to grounds to mitigate the normal consequences of the conviction ?

The ground most commonly relied upon is that it would cause you or another person exceptional hardship if you were disqualified from driving. This is more than just hardship or inconvenience because it must be ‘exceptional’ hardship.

What are examples of exceptional hardship ?

How do you put the best case forward ?

It is very important to be properly prepared with supporting arguments and documentation. Many people lose their argument because they do not know what the court needs to see, hear or are too nervous to address the court and explain their situation.

What sort of documents should you take to court ?

This will depend on the argument you are putting forward but may include a letter from an employer, a letter from a relative, medical records, a statement from an accountant or a quote from a chauffeur.

Does the driver have to speak in court ?

Yes because evidence has to be given on oath or affirmed in respect of the exceptional hardship argument or the driver will need to confirm everything that has been said by the solicitor on their behalf. The prosecuting solicitor or the court may also ask questions.

How hard is it to prove exceptional hardship ?

Each case depends on its own facts but the court have to be satisfied on the balance of probabilities (more likely than not) that it would cause the driver or another exceptional hardship if they were disqualified from driving. The court are more likely to be sympathetic where a person other than the driver is likely to be caused exceptional hardship.

If the courts find exceptional hardship will they definitely allow you to keep your licence ?

No because the court has a discretion even when it finds exceptional hardship to disqualify you for any period it specifies in court.

If the court find exceptional hardship and do not disqualify you will it wipe the existing points off your licence ?

No they will remain on your licence.

What happens if the court allow you to keep your licence and then you commit another offence ?

You will fall liable to be disqualified under the totting provisions again if you have 12 or more points on your licence and the offences were committed within 3 years of each other.

How many times can you put forward an exceptional hardship argument ?

If you are successful in retaining you licence you cannot put the same argument forward again for 3 years.

Can you appeal if you lose the argument in the Magistrates Court ?

When would you need a solicitor ? 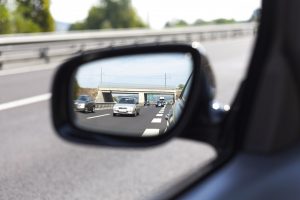 Extremely professional and very responsive. Listens well and reassures any concerns and questions you may have. After a long 8 month wait, the outcome was positive thanks to the help of Maria.